DEBUG: https://d3n8a8pro7vhmx.cloudfront.net/london4eu/pages/5/features/original/heart_photo.png?1501497680
DEBUG:
DEBUG: blog_post
Make It Stop - A Slogan (or two) to Unite Us All

These simple, versatile little logos are what millions of us have been waiting for and hoping for. They are the perfect foils to counterbalance “Get Brexit Done”. They may have taken over three years to evolve, but they are here now and let us make unashamed good use of them! 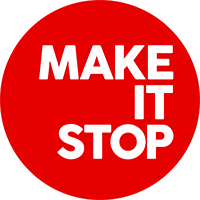 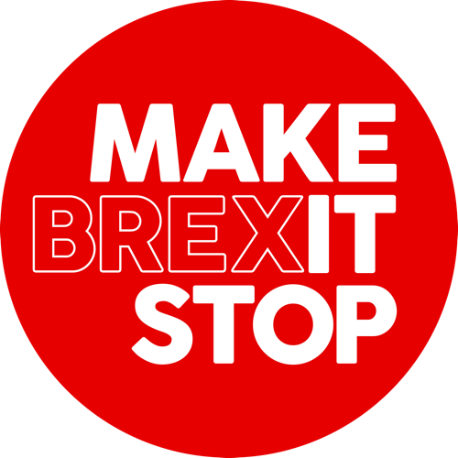 So, who are these new kids and what is so special about them and the message?

The Make It Stop campaign is an unashamedly emotional campaign with a twist; it is a very articulate and well-provisioned one. For instance, the slogans in themselves encourage engagement. Make what stop? And how?

Launched just over three weeks ago, the campaign is gaining strength and adding to its off-the-shelf materials on a daily basis, thanks to its founding grassroots individuals and groups - many already affiliated to our own European Movement.

Its members (of which I am now proudly one) are ordinary folk from across the UK, with a mix of political opinion, who believe politicians have made a mess of Brexit and everything that it stands for. In a nutshell, we are fed up with Brexit and do not want to debate options after options, and versions after versions of Brexit, for years to come. Know that feeling?

Powerfully, it is not an anti-Brexit campaign in the normal sense. Rather, it is a campaign which is anti - all of the chaos, the lies, the divisions, the arguments, the job losses, and the dragging on and on.

The campaign is targeted very specifically at people who are bored by/fed up with/frustrated by/completely disengaged from Brexit. In other words, the people who normally walk straight past our usual campaigning street stalls.

The organisers have been very astute in forming a comprehensive toolkit to address the various complex issues running up to the General Election. They have developed (and continue to develop) an excellent suite of campaigning tools and materials that, to date, cover:

The toolkit is particularly useful in taking you, step by step, through building a Make It Stop Campaign. They have even “street-tested” scripts to engage passers-by!! Superb stuff!

I can do no better now that to invite you to explore their effective website to see how you, individually, or with your local organisation, can benefit from this invigorating “breath of fresh air”.

Activists themselves, they are continuing to work at local and national level, running new-style street stalls and linking up with existing Social Media activist groupings. The reach is growing exponentially.

Make It Stop has just set up a crowdfunder with an initial donation of £7,000 from Scientists for Europe so that they can expand the reach and materials. Time is short, but any donations you, too, can make will be well-spent, I assure you.

Spread the word and feel you are sharing something precious – goodwill and sanity.

Best wishes to you all in these topsy-turvy times.