When we left the EU - and with it the Internal Energy Market (IEM) - we were promised reduced energy costs. One of many things we were promised. As this fast-moving crisis develops, Andy Pye looks at some of the causes and implications.

One of the success stories of British energy policy in recent years has been the development of interconnectors to continental Europe, across which electricity flows - principally France (nuclear generated) and Norway (hydroelectric). Note therefore that a key part of our energy supply is dependent on France - submarines, anyone? 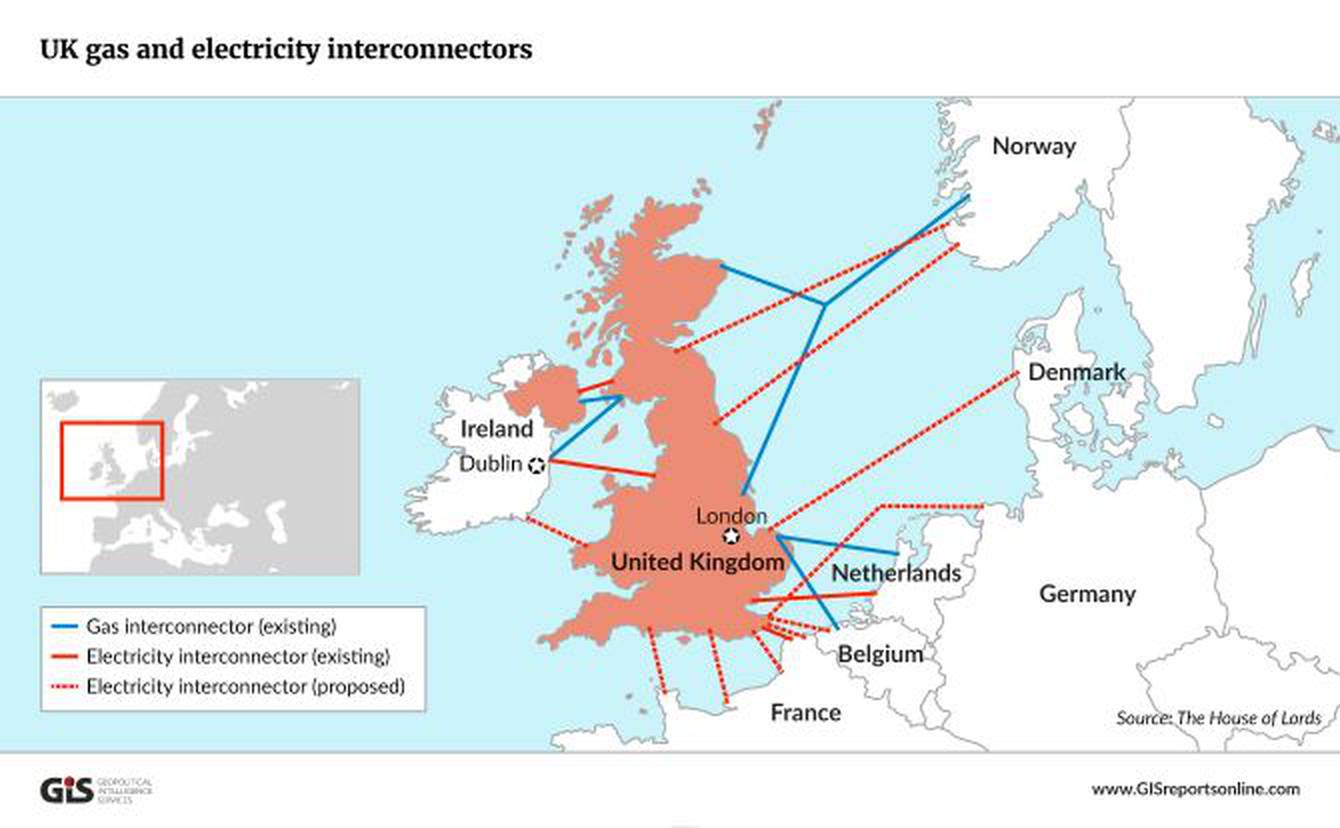 Interconnectors have out-competed new gas plants to become the go-to source of back-up power, and the UK is now so keen on them that their role in the country’s generation mix is (was?) expected to rocket from 6% in 2017 to 22% in 2022.

It is interconnectors that are most directly impacted by the UK leaving the IEM. In addition to which, the loss of the Ashford interconnector in a fire exposes the UK to energy shortages and price hikes.

Yet the UK has withdrawn from a series of platforms that make the trade of power across interconnectors easier and cheaper. Plans for new interconnectors have already been somewhat derailed by the prospect an IEM Brexit. If those projects are abandoned, then the alternatives available to the UK are reduced.

As with so many sectors touched by Brexit, the trading of energy will be disrupted. And leaving the IEM means an end to market coupling, where energy trading can be conducted implicitly across borders. Moving to an explicit model increases the complexity of cross-border trading. In addition, the requirement to re-register in the EU will add cost and complexity to cross border trading, making it less attractive to British businesses.

“If we cannot trade electricity as freely as we do now and more importantly as we are expected to do in the future, this is likely to lead to higher costs for consumers,” Antony Froggatt from Chatham House told Greenpeace.

In a House of Lords report into post-Brexit energy security, National Grid priced the cost of leaving the IEM (without new measures in place) at £500m per year, while the Aldersgate Group reckons it would be more like £100m.

The National Grid could also lose access to future pan-European balancing services and it may have to enter into new commercial arrangements with its European equivalents at a possibly higher cost.

The EU estimated the benefit of new balancing service TERRE to the UK to be €13m annually.

Energy costs across Europe have seen a generally uphill trend for the past 10 years. The cost of wholesale energy procurement and network costs are two of the biggest factors in influencing the cost of energy. Fortunately, these have remained stable in Europe over the past decade.

But there is still a huge variation in energy prices from country to country amongst the EU27, because, as sovereign countries, they can decide on policies of taxation, network charges and costs associated with environmental protection and renewability. The biggest reason for the variation between countries is taxes and levies imposed by their governments. Economic stability and geopolitical location are also key factors.

These have climbed to form a greater and greater proportion of energy costs over the past decade. In 2010, taxation accounted for an average of 25.6% of the cost of energy. By 2020, this figure had climbed to 36.6% in 2019. Some EU countries have even higher rates. Denmark for instance has tax rates of 63.7% while Germany’s rates currently stand at 52.3%. Malta pays the lowest tax premium at just 7%, while Ireland also benefits from a lower tax rate at 16.3%.

Prior to the current crisis, UK energy costs were below the average charged in the EU, but not the cheapest. According to German website Strom-Report (a project run by data journalists), the average electricity price across the whole European Union is roughly 19p per kWh. This is almost 5p per kWh more than the UK where the average is 14.37p per kWh.

In Table 1, we can see the rates paid per kWh for every European country. All prices are listed in European cents. Of course, these rates are averages and will vary enormously between individual suppliers.

Gas consumption across the EU is a little harder to quantify. Not all countries use gas in the domestic sector. Malta, Cyprus and Finland, for instance, do not use natural gas in domestic settings. According to Eurostat, Sweden is the EU country with the highest gas prices, charged at 12c or 11p/kWh. This is significantly higher than the EU average of 7c/kWh and much higher than the UK average of 3.8p/kWh.

Power in the UK is set to get more expensive.

We have lost the rules enforced by the Single Market on renewable generation and energy efficiency, both key to meeting climate change targets. Environmental standards are also impacted: EU agreements have helped drive a cleaner energy system with less pollution. If that common ambition is lost, then further improvements in the UK could slow or stall. Nor would there be anyone to follow-up on commitments as the EU commission and courts do today.

Despite the UK currently leading on renewables, and in the past lobbying against stringent EU energy efficiency and renewable targets, even when in the EU it all-but-abandoned support for onshore renewables.

Perhaps a higher market price of electricity could encourage the construction of more domestic generation, including renewables or even nuclear power?

The lights will likely stay on, but it will again be the consumer who pays the price.

(1) How does the UK compare to energy prices in Europe?

(2) What leaving the EU internal energy market would mean