The scouts from Global Britain have been searching far and wide for international trade deals, while in their spare time hunting unicorn on the sunlit uplands. Andy Pye checks on their progress.

Lucrative trade deals are hard to find, even when distance is no object. At this time of year, and having had limited success, the scouts naturally turn their attention to the somewhat easier task of spotting incoming flying reindeer, hoping to catch up with Santa as he embarks on his itinerary.

Unlike unicorns, reindeer are common in northern Europe. Of course, no known species of reindeer can fly. But there are 300,000 species of living organisms yet to be classified, and while most of these are insects, germs and British cabinet ministers, this does not completely rule out the idea. And there is a rumour that conventional reindeer may even be given the power of flight by eating magic acorns. 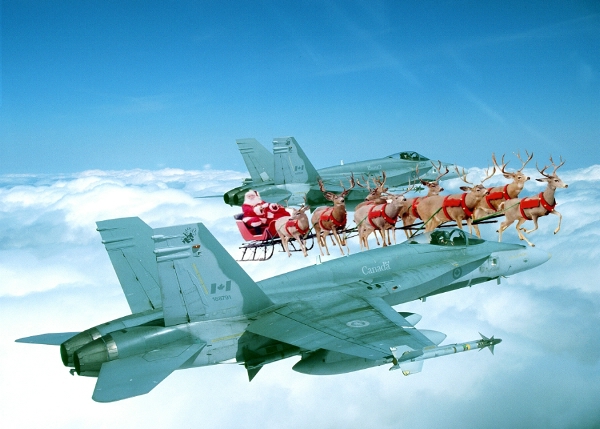 There are in excess of two billion children (persons under 18) in the world. Christmas is primarily a Christian festival, so that reduces the workload to about 15% of the total – around 378 million at the last count. At an average census rate of 3.5 children per household, that's just 91.8 million homes, assuming at least one good child in each.

Judicious use of time zones means that Santa has not 24, but 31 hours of Christmas to work with. This works out at just 822.6 visits per second, excluding comfort breaks. This is to say that for each household with good children, Santa has just over a millisecond (1000ms = 1s) to park, hop out of the sleigh, jump down the chimney (if he can find one), fill the stockings, distribute the remaining presents under the tree, eat whatever snacks have been left, get back up the chimney, get back into the sleigh and move on to the next dwelling. Simples!

And assuming that each of these 91.8 million stops are evenly distributed around the earth (which, of course, we know to be false but for the purposes of our calculations we will accept), we are now talking about 1.25km per household, a total trip of just over 120 million kilometres. This means that Santa's sleigh must move at about 1000km/s, or 3,000 times the speed of sound. For purposes of comparison, a conventional reindeer can run at 24km/hr, at least for a bit.

The payload on the sleigh adds another interesting element. Assuming that each child gets nothing more than a medium-sized Lego set, the sleigh would be carrying 321,300 tonnes (not counting Santa, who is invariably described as overweight). On land, a conventional reindeer can pull no more than 140kg. We would thus need over 200,000 reindeer. This increases the payload further to about four times the weight of the Queen Elizabeth.

Now, 353,000 tonnes travelling at 1000km/s creates enormous air resistance - this will heat the reindeer up in the same fashion as a spacecraft re-entering the earth's atmosphere. In short, they would spontaneously combust, in turn exposing the reindeer behind them, and creating deafening sonic booms in their wake. The entire reindeer team would be instantly vapourised.

Physics to the rescue!

Of course, miracles do happen and there are many scientists who expound alternative theories of physics, just as there are a few fringe-freak economists who believe that Brexit can be delivered, even if at a terrible human and economic cost.

The evolution of the British Parliament since the Magna Carta is well documented here. It is often pointed out that Santa's society of elves has only had around 500 uninterrupted years to evolve, socially and intellectually, not much more than half that the British Parliament has had. Nevertheless the elves' grasp of mathematics, physics, engineering and biology may well exceed our own (although in the case of Westminster, this clearly has not happened). For example, it is postulated that the first breakthrough came when they learned how to control time, space and light, thereby creating “relativity clouds.” 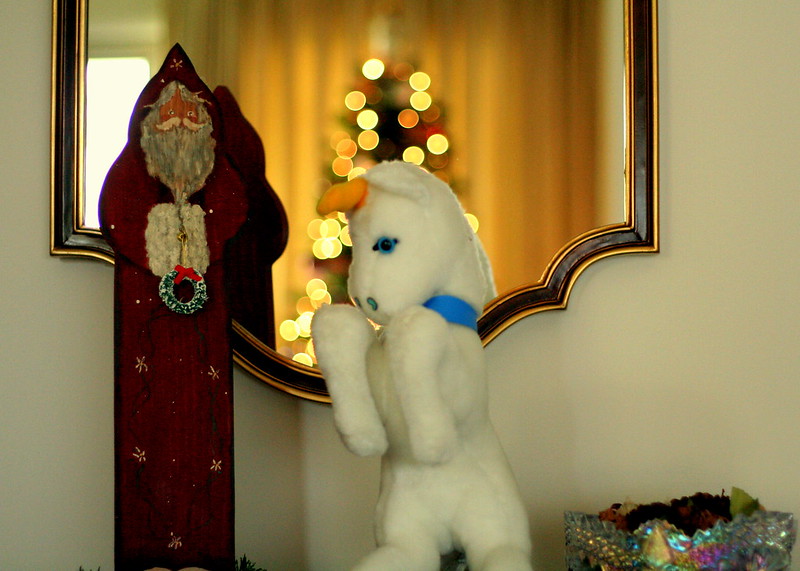 Inside a relativity cloud, Santa has months to deliver presents. He sees the world frozen and only hears silence. Upon returning to the North Pole, and leaving the domain of the relativity cloud, only a few minutes will have gone by. Just like Brexit, Santa can Get Presents Done in the wink of an eye.

But in reality, if Santa ever did deliver presents on Christmas Eve, just like Brexit, he's probably dead now. But you are still more likely to find him alive and well than one of those elusive unicorns.

This article reflects the views of the author and not necessarily of London4Europe. No elves or reindeer were hurt in its preparation.

Below: "Unicorn" by ndanger is licensed under CC BY-SA 2.0