Brexit parties down in the polls

London4Europe Committee member Michael Romberg compares votes in the 2014 and 2019 European Parliament elections in London. All pro-Brexit parties have done badly in 2019 compared with 2014. All pro-EU parties have done well. There should be a lesson there both for Jeremy Corbyn and for any of the dozen or so hopefuls who wish to lead the Conservative Party. 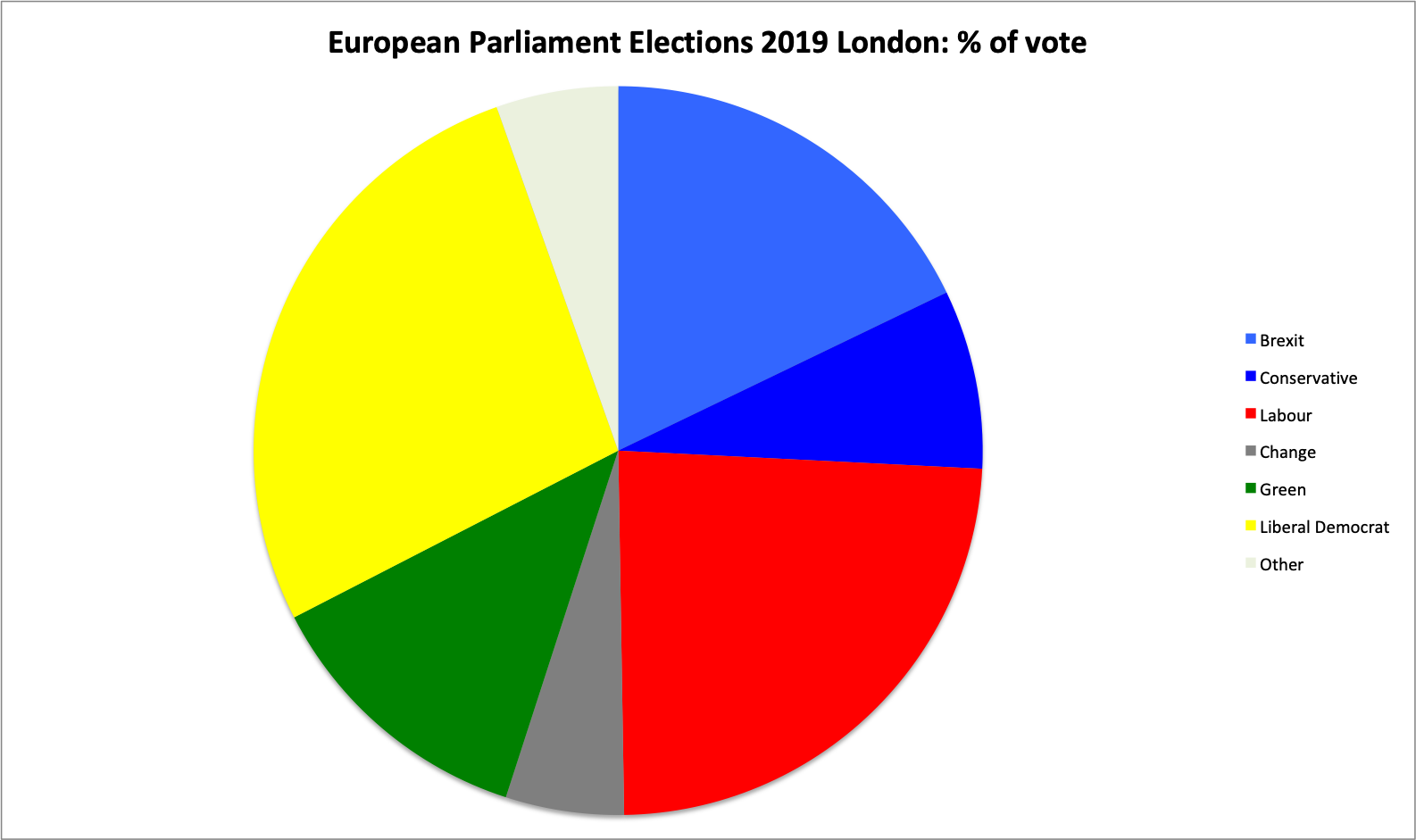 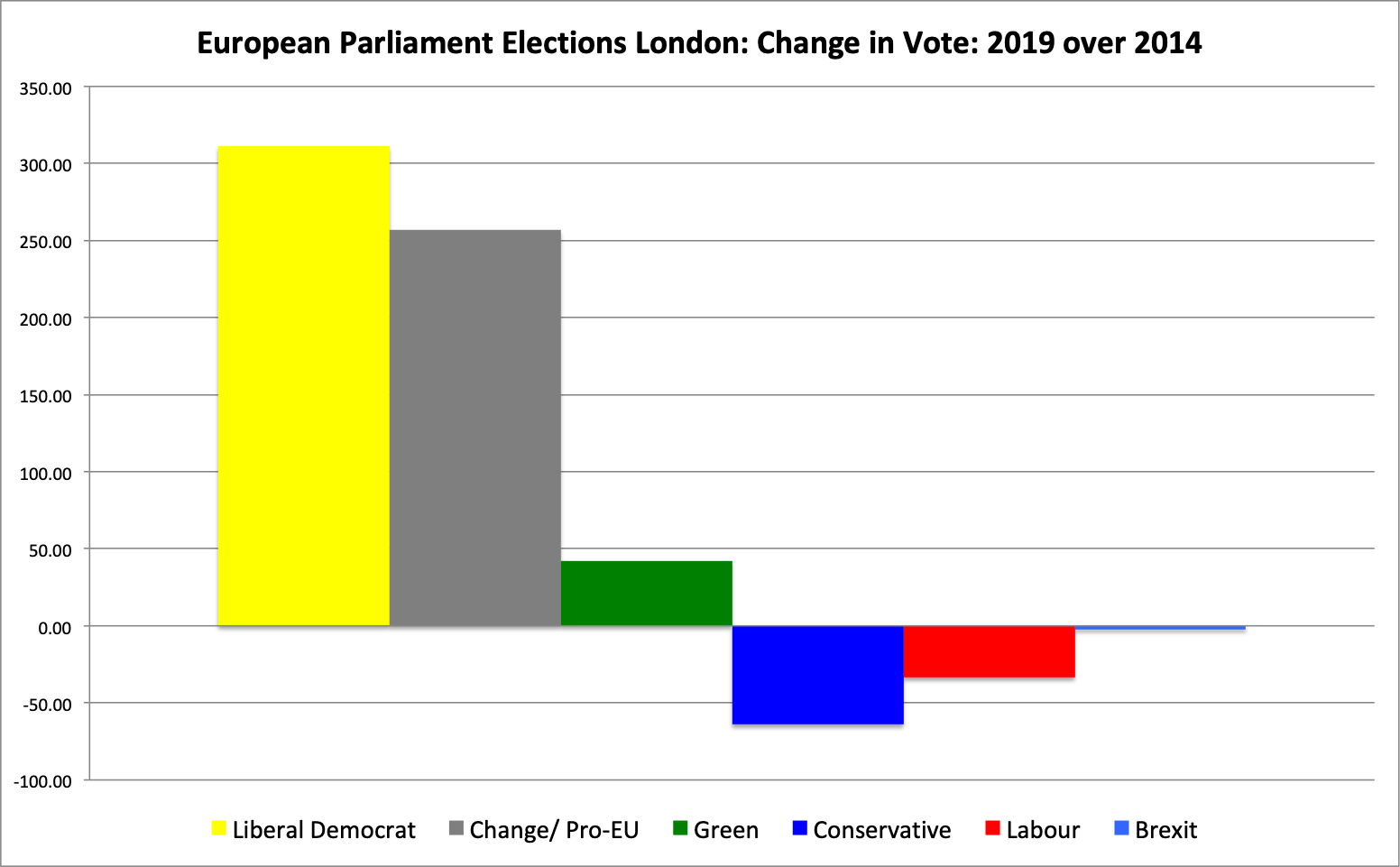 The table below shows various political parties that fought the 2014 and 2019 elections, the votes they received and the % change in the vote.

2019 saw two new parties who made EU membership the or a major part of their platform: Change UK and the UK EU party; in addition three independents stood primarily on a pro-EU platform. 2014 also saw two parties for whom pro-EU was much of their raison d'être: the 4 Freedoms Party (UK EPP) - a UK branch of the pan-EU EPP; and the Europeans Party, set up in response to attacks on European nationals in the UK. I have grouped these as primarily pro-EU parties.

Of course, not everyone took the parties' pro- or anti- Brexit stance as their main guide to voting. In addition, many people do not know what Labour's stance is, believe it to be something different from what it is or vote in the hope that it will change.