Not Ireland – but there are parallels

London4Europe Committee member Michael Romberg remembers a recent trip to Berlin, the city where he was born because his father was then posted there for the Foreign Office. It prompts him to think how each country has its own way of becoming European. Britain is no different.

Across the middle of the Glienecker Brücke (bridge) between Berlin and Potsdam runs the boundary between the Länder (counties) Berlin and Brandenburg.

You can see that because the two halves of the bridge are painted in different shades of green. 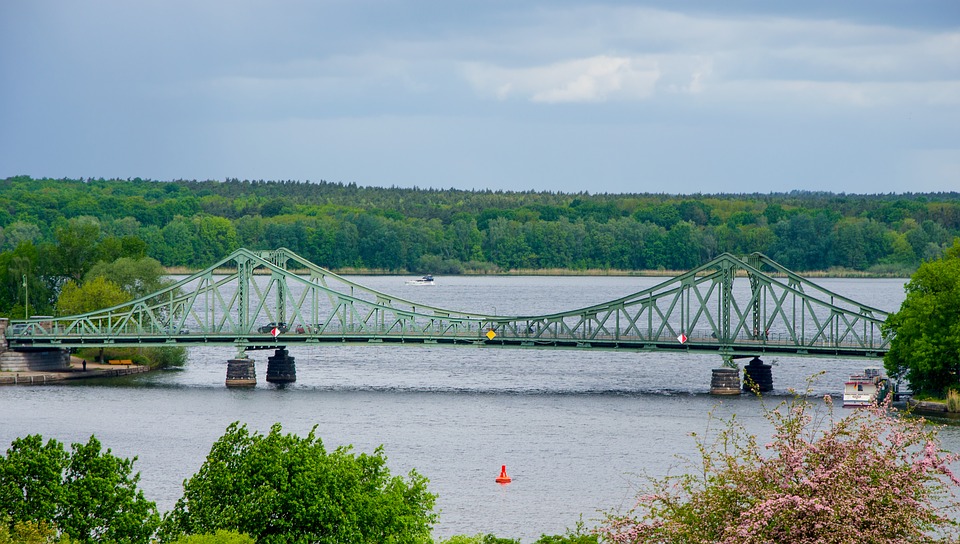 After 35+ years as a civil servant l can look at such manifestations of bureaucratic non-co-operation with amused resignation.

But here this sign of a failure to connect is positively marvellous in comparison with what had been. Even just 30 years ago it was the Berlin Wall that divided the two halves of the bridge. The DDR had called it the Bridge of Unity and then closed it off for all but limited official traffic – and exchanges of prisoners (film: Bridge of Spies).

Three people drowned in the lake trying to flee to the West: a 19 year old mechanic serving with the border guards, a 23 year old man and a 58 year old woman. Also a young man was shot running for a bus near the Bridge after the Peoples' Police had stopped him and it was not clear whether he was being detained or not.

Paths to unity and freedom

Of course, the reunification of the two halves of Germany was a very special form of nations coming together.

And so was the return of the Eastern European countries to pan-European civilisation after the fall of the Iron Curtain and the dissolution of the Warsaw Pact, cemented by their joining the EU.

And so was the return to democracy of Spain and Portugal after the deaths of Franco and Salazar, helped by EU membership.

And so was the original coming together of the successors to the Axis Powers (Germany, Italy) and those who had earlier been their victims (France, BeNeLux) to be the original six.

Every country has been part of the European mainstream, sometimes drifting away, but never losing contact completely.

The UK is no different

The history l was taught at school was a succession of wars, mostly in Europe, from the long wars of the Angevin Kings for their possessions in France to the world wars and the cold war. The economic history l learned at university was about trade, banking and shipping and involved Europe for far longer than the relatively brief Imperial period.

Every European nation is unique. Each has found its own path into the EU. Each retains its individuality within the EU: “United in Diversity”.

What the history of the Glienecker bridge shows is how important it is to overcome divisions. That applies to the UK as much as to any other member state.

The terrorist campaign in Northern Ireland was the longest running and bloodiest post WWII insurgency in Europe – a failure of statecraft.

Peace has come because the people of Northern Ireland brought it about. They were helped by conscientious governments in London and Dublin and by the efforts of George Mitchell, the USA negotiator. And by the EU.

The EU’s rôle was first to give the Irish Republic the confidence to step out of the shadow cast by the UK. The EU’s policies helped to make the border largely invisible and allowed people to imagine the island as unified or split as they preferred. The EU’s ethos promoted peace and harmony, creating a larger entity – Europe – of which we are all part. It funded specific peace projects.

The London4Europe blogs page is edited by Nick Hopkinson, Vice-Chair. Articles on this page reflect the views of the author, not necessarily of London4Europe.