The death of Richard Wassell is a great shock for the London 4 Europe Committee of which he was a founding member. He has held many roles and was, at the time of his passing, its Membership Secretary. 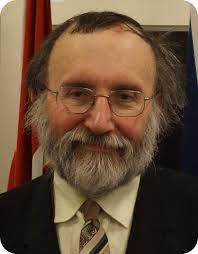 Richard Wassell (RCW) was an analytical, dedicated, and most highly principled activist for the European cause, for Britain’s committed participation within the EU and, most recently, for the UK’s full return to the heart of the European family.

Originally from the West Midlands and having left Dudley Grammar School, the course of his life was set when he gained a BA Honours in French and German at Kings College, London.

After a career in insurance, his activism took off in a wide range of bodies in London, Sevenoaks and in other EU Member States.

In particular, he was a prominent personality within the European Movement, both nationally and more locally in both Kent and London. For example, he was Treasurer of the West Kent European Movement.

His complementary activity extended to the European War Veterans’ Confederation, which brings together veterans and victims of war to promote European solidarity in a framework of human rights.

Among the many other activities giving some flavour of his deeply held views was his association with the Sonnenberg Association of which he was Treasurer. This international educational body seeks to “talk together, overcome prejudices, understand one another, act responsibly”. This would be a good description of Richard’s approach to life.

In 1999, he was a candidate in London in the European Parliament elections for the Pro Euro Conservative Party: a strong personal statement of commitment, in circumstances already less than encouraging, to the European cause. When the party was merged into the Liberal Democrats, Richard also transferred and became involved in the Sevenoaks Liberal Democrats.

There was no side to Richard. Indeed, he tended to the modest and shy: enduring and valid qualities of a gentleman. And in a period when image is so over-stated, his unfashionable - but more proper - focus was on substance.

His contributions to the London 4 Europe Committee and to other organisations were never about personal vanity, but were always focussed - without the slightest hint of self-indulgence - on his perceptive and pertinent insight into how best, in word and deed, to promote the objects of the organisations he served. As someone who lived by his moral convictions, he was afraid neither to challenge nor to encourage. He valued listening and doing at least as much as speaking.

His passing is a very sad loss at both the personal level and in terms of his valuable contributions.

Our best tribute to a worthy man who did his considerable best in daunting circumstances is to seek to emulate his qualities within the various entities in which he had become so established. In quite a profound way, all that he had he gave. What he had to give was very considerable.