Demonstration in support of the People's Vote

London4Europe supported SODEM and many other Remain organisations in the protest outside Parliament on 11 June 2018. It was the day when Parliament debated the petition that called for the Meaningful Vote to include an option to Remain. It was also of course the day before two days of voting on Lords amendments to the EU Withdrawal Bill.

The demonstration was noisy and cheerful - a good warm-up for the great march on 23 June 2018.

After some time outside Parliament the demonstration moved to the site of the No 10 vigil opposite Downing Street to hear music and speeches. The hardiest demonstrators were set to continue late into the night.

Here are some photos.

London4Europe Vice-Chairs Nick Hopkinson (L) and Jonathan Fryer in front of the sea of EU and UK flags opposite the House of Lords: 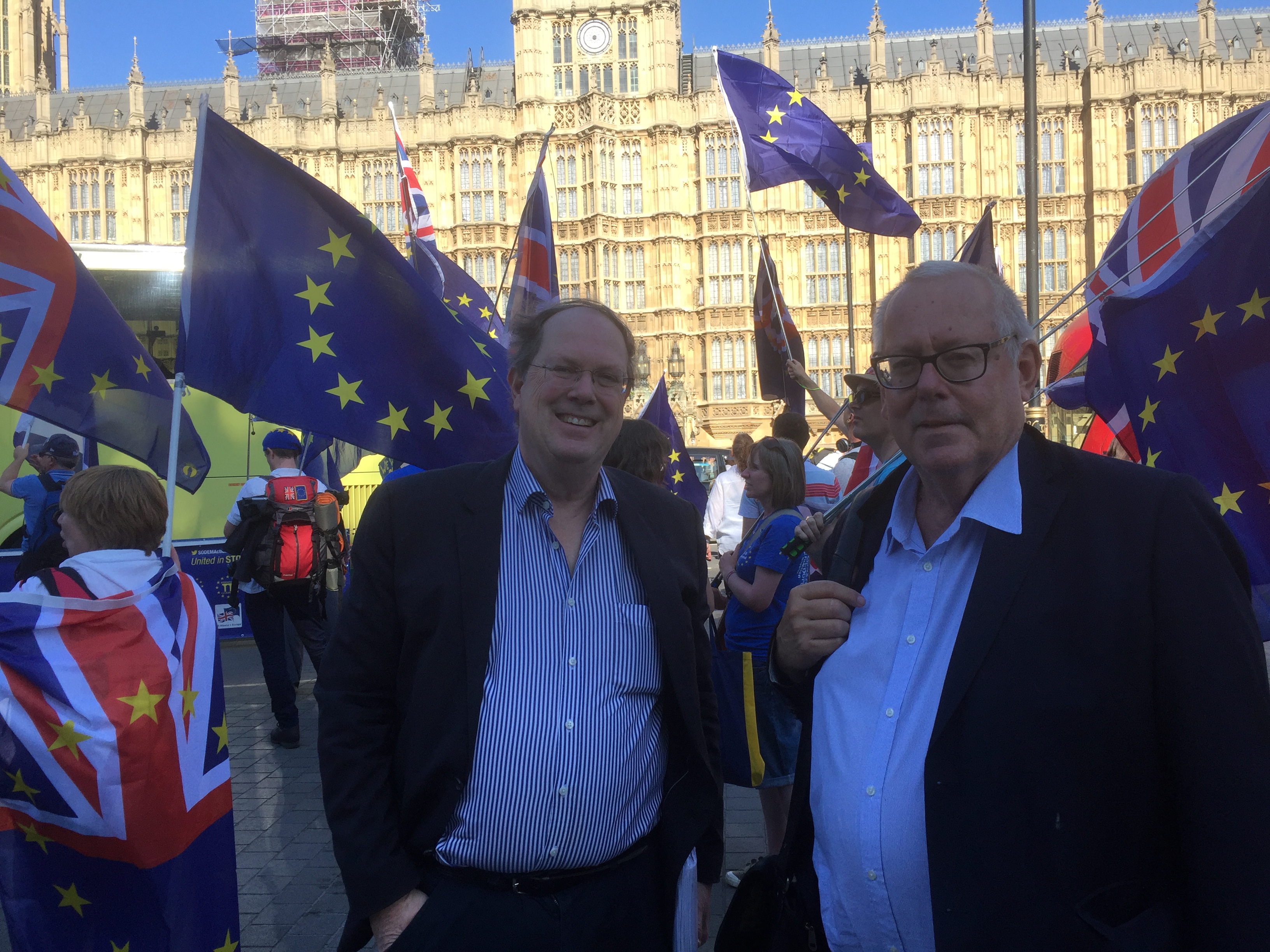 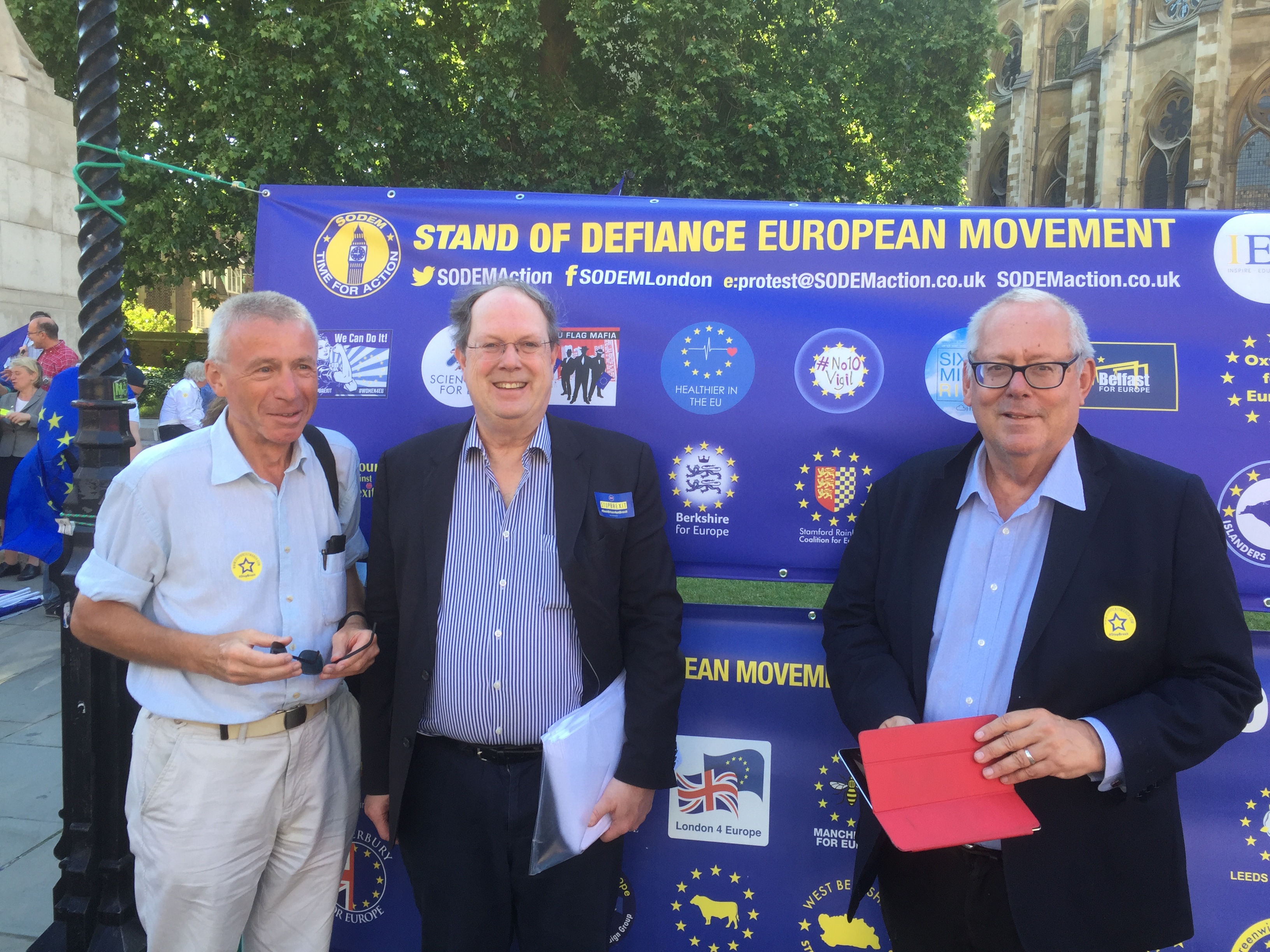 (SODEM is not part of the European Movement.)