Here is a very sad photograph of the staff of the European Medicines Agency holding the folded up flags that used to fly outside their London office. They will move to Amsterdam in the next few weeks. 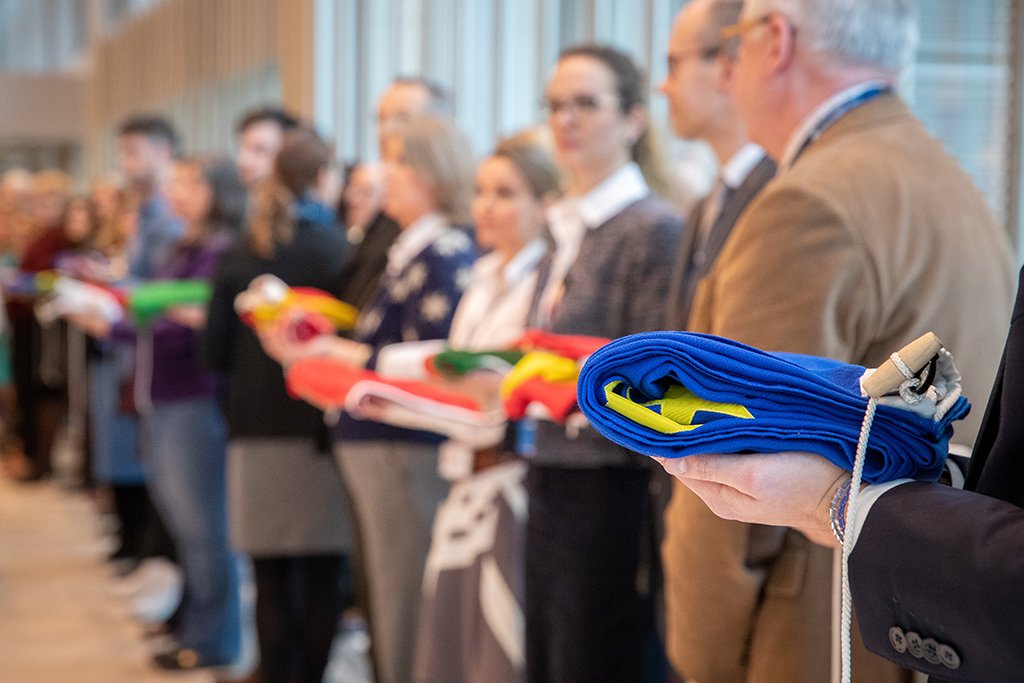 In addition, the European Banking Authority is moving to Paris, the EU youth orchestra to Rome and Ferrara, the head quarters of the EU anti-piracy task force to Rota (Spain) and Brest. Even the backup data centre for Gallileo is moving from Swanwick to Spain.

I find these moves a particularly depressing consequence of the Brexit decision. They are a visible manifestation of the UK turning its back on co-operation with our EU partners.

They are also a way of directly harming ourselves. The presence of the regulators supported local industry, encouraged firms in other countries to have at least a presence here, ensured a regular flow of people - and hence ideas - into the UK. Our ability to stay at the forefront of medicines research has taken a hard knock. Our young people do not just have one orchestra less to play in - we can replace that; more important is that they will find it a bit harder to meet and engage with other young musicians from across Europe, a bit harder to share ideas and learn.

And all for what?

Previous blogs on this site have looked at the UK policies that led to the decision to relocate the European Medicines Agency, how EU agencies affect our lives for the better and the work of the European Food Safety Authority.

Heidi Alexander, ex-MP and now Deputy Mayor for Transport, in an LSE blog uses the loss of the EMA to illustrate how Brexit is harming London’s economy including the transport system.

The London4Europe blogs page is edited by Vice-Chair Nick Hopkinson. Articles on this page reflect the views of the author not necessarily of London4Europe.