Humanist Andy Pye reflects on whether opposition to the 2016 referendum result was "undemocratic and appalling". Or even a religious duty?

A Conservative MP - a member of the new 2019 intake of Red Wall Tories - recently stated privately that he believed that opposition to the 2016 referendum result was "undemocratic and appalling". The same MP also likened politics to a "modern-day religion, complete with the quasi-religious implication that those who do not believe in a particular cause are immoral. I think this has been caused by a combination of the decline of actual organised religion, and the reward structures of social media."

I do agree that Brexit can be likened to a religion, but which side of the argument most closely resembles one? A religion is a belief system which relies upon faith (arguably) without evidence: hence, organised religion has retreated in line with greater access to scientific evidence. 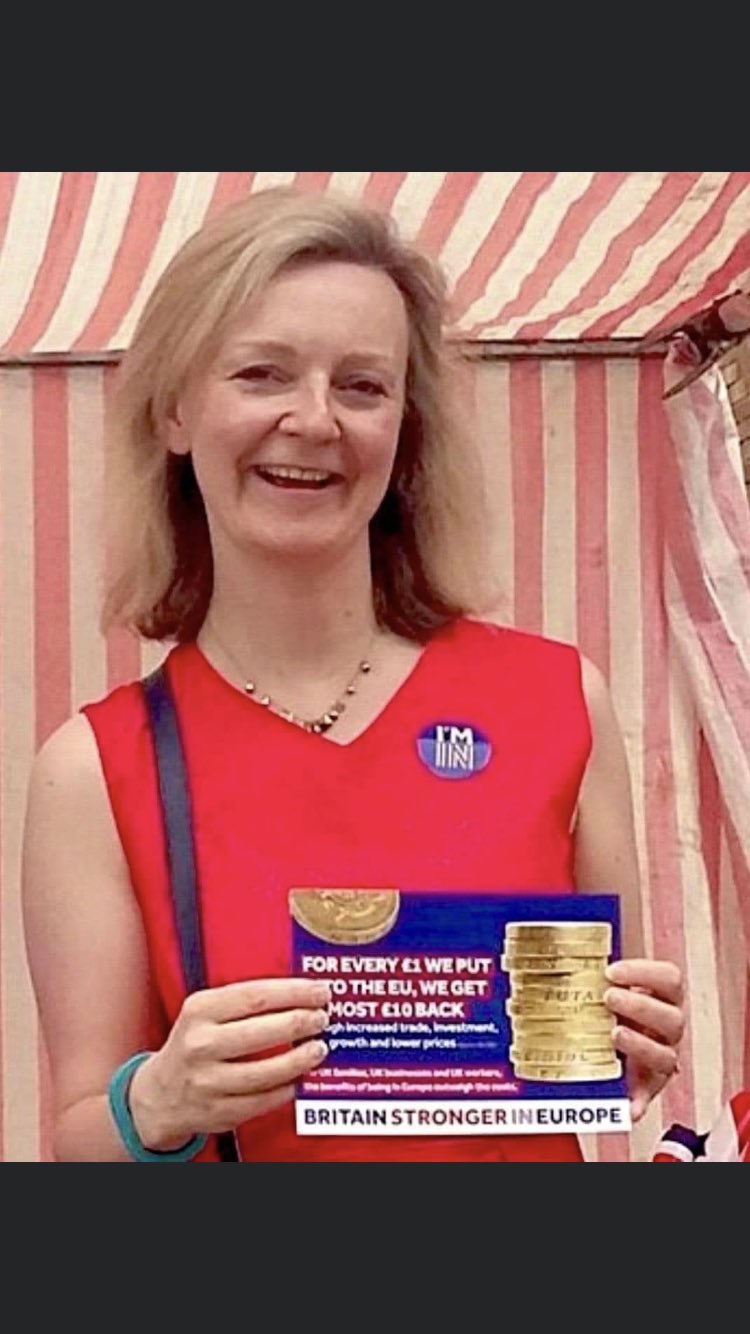 Religion thrives where its disciples are denied access to evidence - "Who needs experts?", as a well-known Cabinet Member and advocate of Brexit once said. While the Remain campaign relied extensively on facts and figures, but failed to inspire enough people to support its case, the Leave campaign exploited the emotions and fears of its target audience. Whereas few people these days fear the Fires of Hell more than death itself, they certainly feared the threats of immigration and the ascension, not of Jesus to Heaven, but of Turkey to the European Union. And despite Bishop Truss standing with a placard (above), depicting that "for every £1 we spend on EU membership, we get £10 back in benefits", the argument gained traction with voters that we were spending "vast sums" for our EU membership which could instead be spent on the NHS.

In this country, we are free to choose whether or not we practise a religion. Humanists such as myself respect the right of anyone to practise a religion of their choice, but not to impose it upon those of a different persuasion. In more extreme theocracies, it is blasphemy to speak out against a religion, or in the case of North Korea, to speak out in favour of any religion. In such societies, religion is intertwined with politics and the right to free speech is suppressed.

The right to speak out against any religion - or indeed the right to protest any policy of Government or other authority - is a cornerstone of modern social democracy.

It is here that the Brexit cult most closely resembles a religious one. Not only are its disciples expected to follow its doctrines, regardless of any evidence to the contrary, but they are not even allowed to mention the word at all. Brexit is Blasphemy! And such expectations are not limited to cult members, but they are also imposed on anyone hoping to receive Government business, or to occupy a position of authority in an organisation depending on them, must also not mention - still less criticise - the Great God Brexit.

Only on 8 November 2021, the Guardian reported that the Government asked for interview panelists for senior jobs at the BBC and the British Film Institute (BFI) to be replaced because they were not "sufficiently independent". On this occasion, the move was obstructed by a Watchdog, but how long will it be before the Watchdog too will be infiltrated?

Probably not too long, if the experiences of the Owen Paterson saga are to be repeated. Here, the Archbishop of Brexit intervened to protect a fellow Synod member who had been caught abusing his parliamentary privilege for financial gain. Johnson not only asked his base of MPs to vote against the conclusions of the investigative committee, but to prevent such punishments being meted out in the future, demanding that the Committee’s future members all be selected from the Ruling Party. Thus the Government morphed seamlessly into an autocratic theocracy. I should say at this point that the MP cited above was one of the few Tories who stood against this further erosion of standards.

Perhaps, to a disciple of the Brexit religion such as he, it is natural to see any opposition to the 2016 referendum as "undemocratic and appalling". The reasons why the converse is true are well rehearsed in my earlier blog Democratic Reality outside the Brexit Bubble.

When Cardinal Cameron granted a referendum on EU Membership, the right-wing media swung into action, portraying the EU as some demonic anti-democratic institution focussed on the Parable of the Bendy Banana. The Defrocked Archbishop May then announced red lines which had no basis in the referendum result.

If anything, the anti-Brexit camp was far too willing to “respect” the result and should have protested more. Did not the Archdeacon Rees Mogg himself suggest the benefits of a second referendum?

Having seen how this Government has behaved, particularly since the 2019 General Election, for anyone associated with it to complain about anything being "undemocratic and appalling" comes with ill grace:

This Government is surely the Golden Candlestick on the Altar of the UK's most appalling "Anti-Democracy" in living memory - and perhaps beyond. Many are shocked by the Government’s behaviour, and any new MPs aligned to the Brexit religion, however well meaning, might be well advised to keep their heads well down to avoid being stained by the filth in which this Government chooses to wallow. You never know who might be watching....

This blog represents the personal views of the author and do not necessarily represent those of London4Europe. Some readers may have their own comments and any appropriate ones will be passed on.